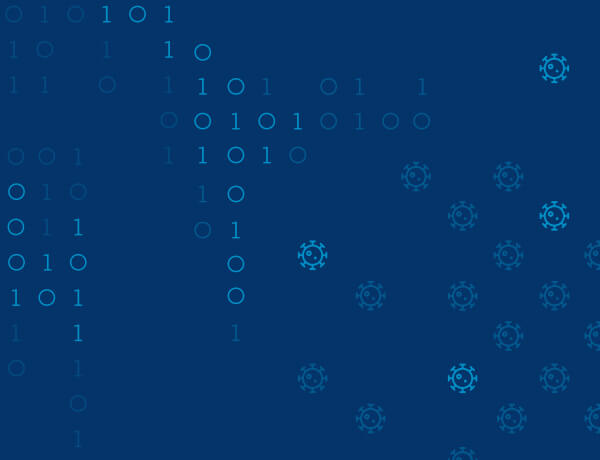 Together we are unparalleled

Presumably, there is hardly a successful company that wouldn’t attach special significance to team play. However, in the Optima group, collaboration and teamwork seem to be especially evident. Where and how does it become obvious? Quite simple: “When it really matters!” That is, at times of great challenges – and there had been several challenges for Optima in recent years.

Sunday morning, September 20, 2020. Not an usual time to call the IT department. But these were not normal circumstances. A cyber-attack had struck Optima’s complete server structure! In other words, the system was completely down! For a state-of-the-art company like Optima that depends on digital data flow, it was the ultimate disaster. Whether the sales or design department, assembly, payroll or purchasing, all of these departments were massively impaired by the cyber-attack.

Fast, tactical action was required, particularly joint action. The call from headquarters alerted IT employees from Schwäbisch Hall to Switzerland, from the North Sea to Northern Italy. Without hesitation, everyone was readily available.

An hour after detecting the cyber-attack, most systems had been shut down, all outgoing connections stopped and more than ten IT employees were on-site in Schwäbisch Hall.

CEO Hans Bühler and his management team reacted immediately: Two task forces were formed and moved into headquarters. A service provider specializing in cyber-attacks was consulted. The State Criminal Police (LKA), the German Federal Office for Information Security (BSI) and data protection authorities became involved and the type and extent of the cyber-attack were analyzed in detail. Ransomware was used to hack into the system, which is usually followed by ransom demands. Hans Bühler stood firm: There would be no negotiations!

While Optima’s IT experts and management were quickly organizing additional protective measures, there was still an overwhelmingly large number of other tasks to be accomplished: Employees, customers and suppliers had to be notified, “workaround” procedures for important processes had to be defined and Group-wide communication had to be ensured.

It was a time of solidarity and team spirit: Almost all employees were willing to use their private means of communication, such as smartphones and email accounts. Everyone was present around the clock: For many employees overtime now was standard procedure, like the HR department. Paychecks were pending, usually a highly automated procedure. Employee data had to be collected manually and solutions found to transfer payments on time. In retrospect, it was virtually a miracle, but at the end of the month, all employees had their paychecks deposited in their bank accounts.

The complete IT infrastructure had to be re-installed, from scratch and under great time constraint! Quickly all employee laptops were collected and re-installed to ensure no “infected” device was still in operation. This task was accomplished in three shift operations, with teams from different departments. Mr. Kronmüller (Head of IT) remembers the extremely challenging days, as well as a great willingness to help. Comments like “We’d be happy to support you in any way. What can we do?”, provided new momentum.

And Hans Bühler? He motivated his team with calm determination. As usual, he didn’t make any grand statements. However, his actions spoke more than a thousand words: He provided “Hefezopf” (German plaited bread) and other comfort food personally to Optima’s IT department for many weeks.

Just three weeks after the cyber-attack, the most important systems were up and running again. Today, Optima has a cutting-edge IT infrastructure with a high level of security. Sabine Gauger (Supervisor of one of the two task forces) summarized: “We saw an opportunity during a crisis – and took advantage of it.” Solving the problem in such a short time couldn’t have been achieved without the Optima team spirit.

Especially since another virus attack, of a completely different kind, placed considerable demands on the company and its employees.

In the beginning of 2020 a worldwide challenge appears on the horizon: SARS-CoV-2. Optima, like many others, is alert and takes preventive measures.

Once the pandemic hit, Optima is prepared and ready! A first step is the installation of a test center, three more will follow by March 2021 and if necessary, four more test centers can be set-up. A specially designed software manages fast and smooth appointment assignments and Sebastian Hanke (HR Director) manages the task force created to fight the pandemic.

To minimized personal contact approximately 70% of Optima’s employees work from home and the assembly and service employees that still have to be onsite, can use the test centers. In addition, visitors and vendors are also permitted to use the test facilities.

In fact, it turns out that Optima has come through the crisis comparatively well. Few infections had been recorded worldwide. Since the global demand for complex filling systems for vaccines skyrocketed at the same time, it was also very good news for our customers, who needed equipment urgently! All those methods and digital solutions that have been specifically developed in recent years for accelerated commissioning have proven themselves.

In March 2021, Optima conducted approximately 1,000 tests per week, with 2,000 per week possible, according to a press release. The public health department confirmed: That was exemplary.

Optima’s team spirit made it possible: Approximately 50 employees were trained by medical professionals on short notice –ten at a time performing tests in alternating weeks. “The team spirit and the different perspectives of the team have been our strengths,” summarized HR manager Sebastian Henke.

Does that mean that team spirit only appears during particularly challenging times? Far from it. Those who work well together, also play well together. But that’s another story. 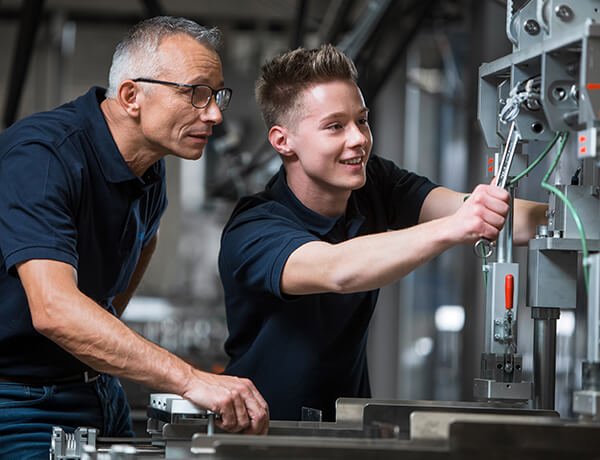 100 years of the future: Training and vocational studies at OPTIMA 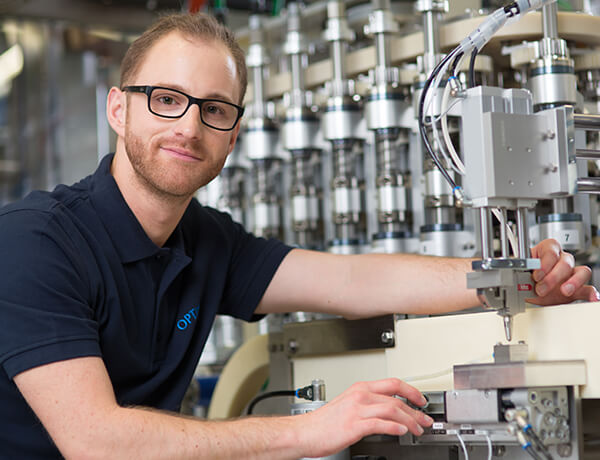 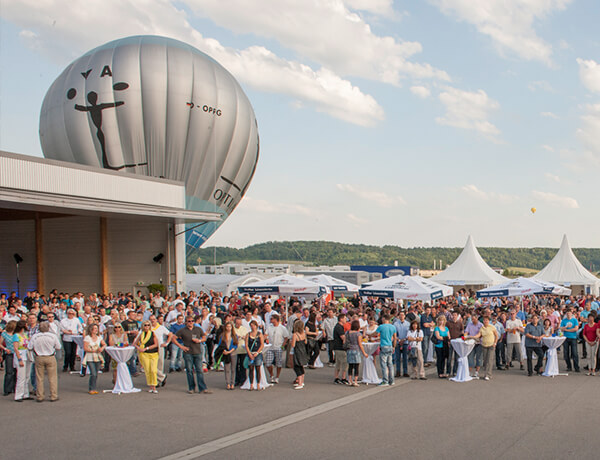